The strangest things you have to try in Lithuania

For those who are looking for new experiences, here are 10 things we suggest you try when travelling in Lithuania. Experience something unexpected, mysterious, spooky and funny – a myriad of emotions! 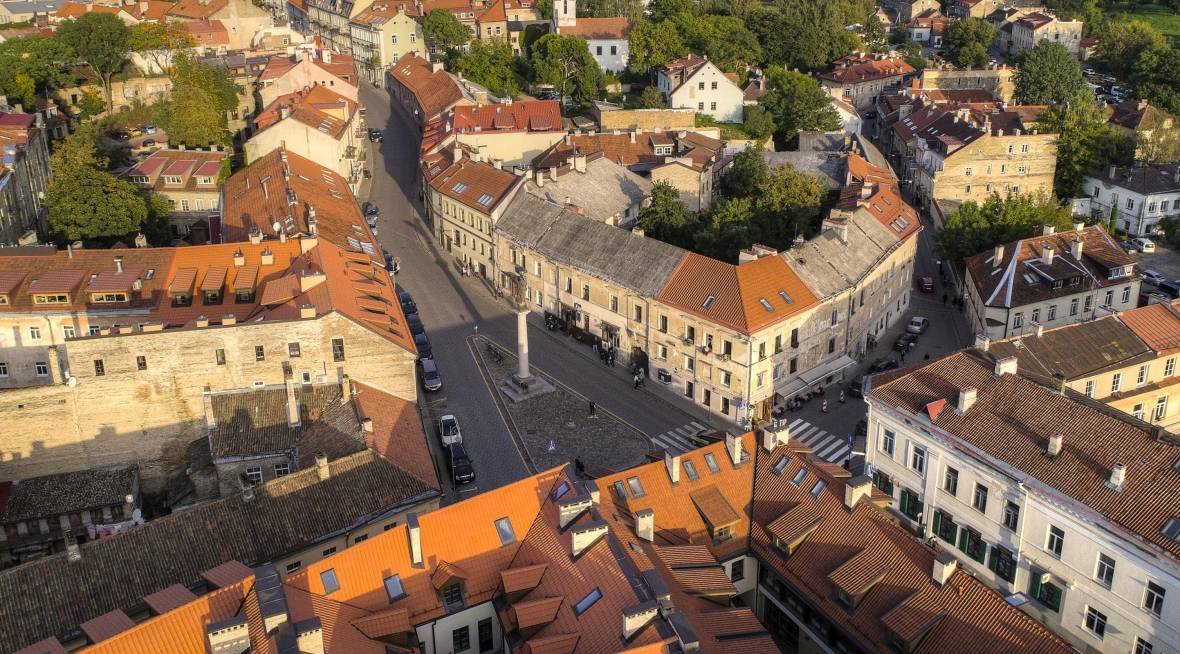 Read Užupis Constitution in Your Language

Užupis, the artsy part of Vilnius, is a state within a city, with its own government, anthem, traditions, and, of course, the Constitution of the Republic of Užupis, which has been translated into several dozens of languages and placed on the wall in one of the streets of Užupis. 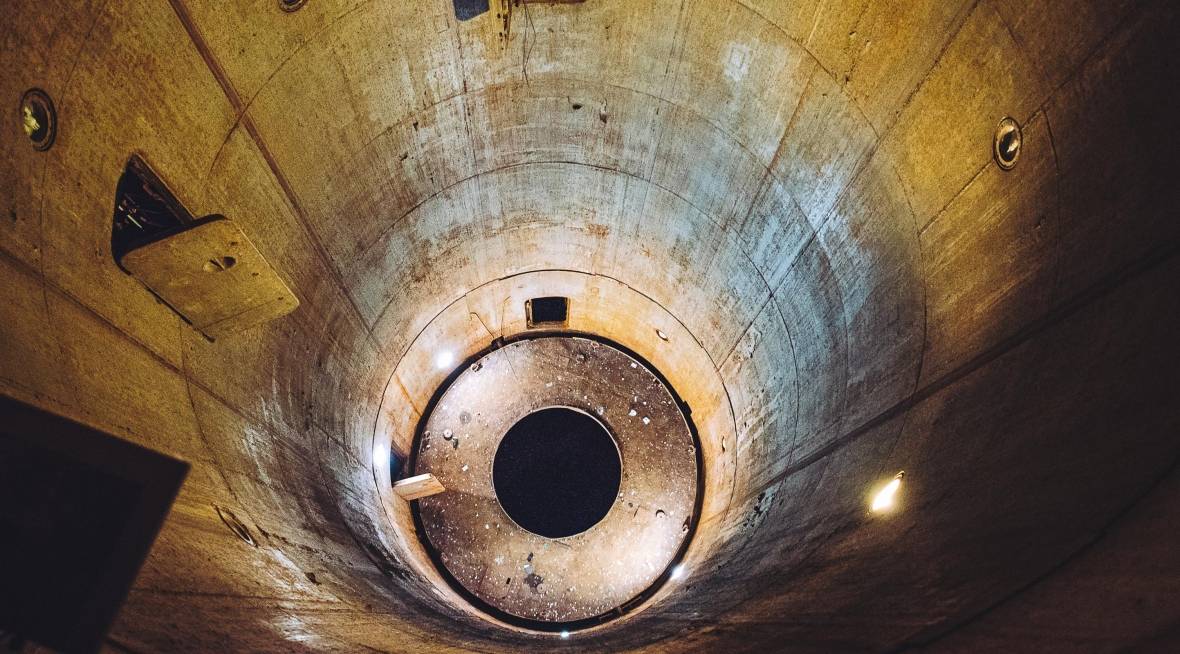 Chances are it will be your only opportunity to go down into an underground ballistic missile base, where the Soviets kept their thermonuclear missiles ready to launch. An object of extreme secrecy in the past, now houses a Cold War Museum. 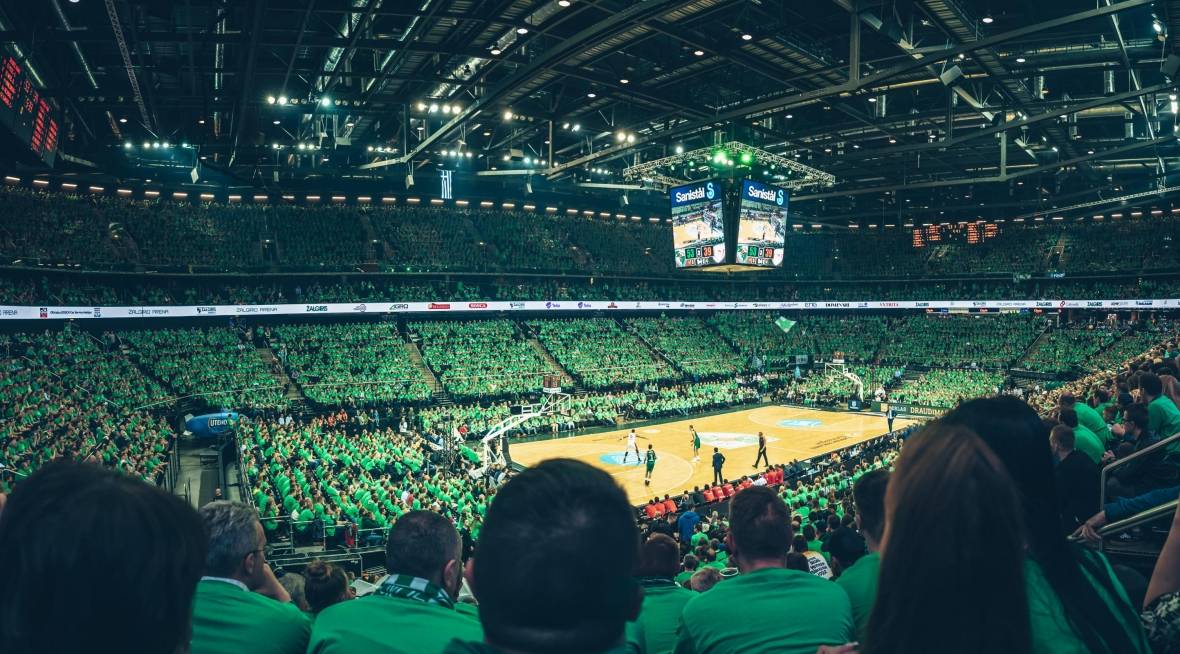 Get Crazy About Basketball 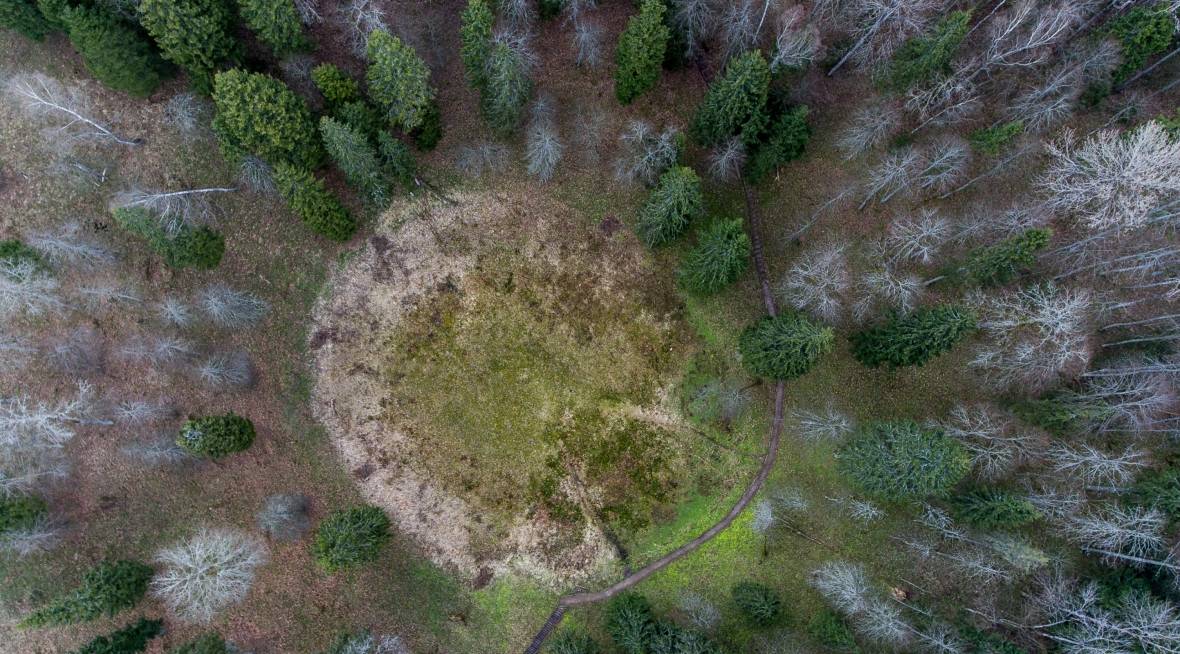 Solve the Mystery of Devil’s Pit

If you want to see one of Europe’s most protected natural monuments, take a trip to the Devil’s Pit. The origin of the mysterious 40-meter-deep object, having the perfect shape of a funnel and a flat circular bottom, is still unclear – perhaps it was caused by a glacier that had lingered since the Ice Age and then melted, or maybe by a meteorite?

Crossing the Swamp by Kūlgrinda

Kūlgrinda – an ancient secret underwater causeway made of stone goes across the swamp. If you’re not afraid to get your clothes a mess, find an experienced guide and try this ancient way by which Lithuanians used to escape from attackers! 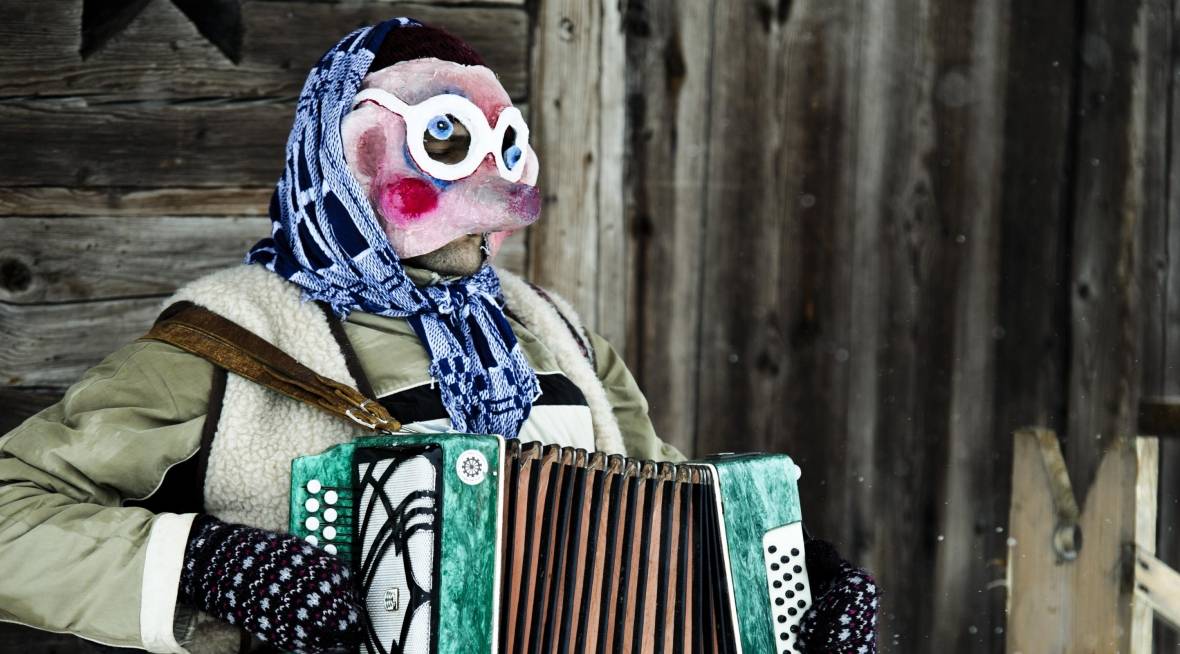 Get Lost in a Mardi Gras carnival crowd

Celebrate the most joyful festivity on the Lithuanian Calendar in the Rumšiškės Open Air Museum. The impressive masks and costumes, fun games, wild dances, and lots of scrumptious pancakes guarantee an unforgettable experience. 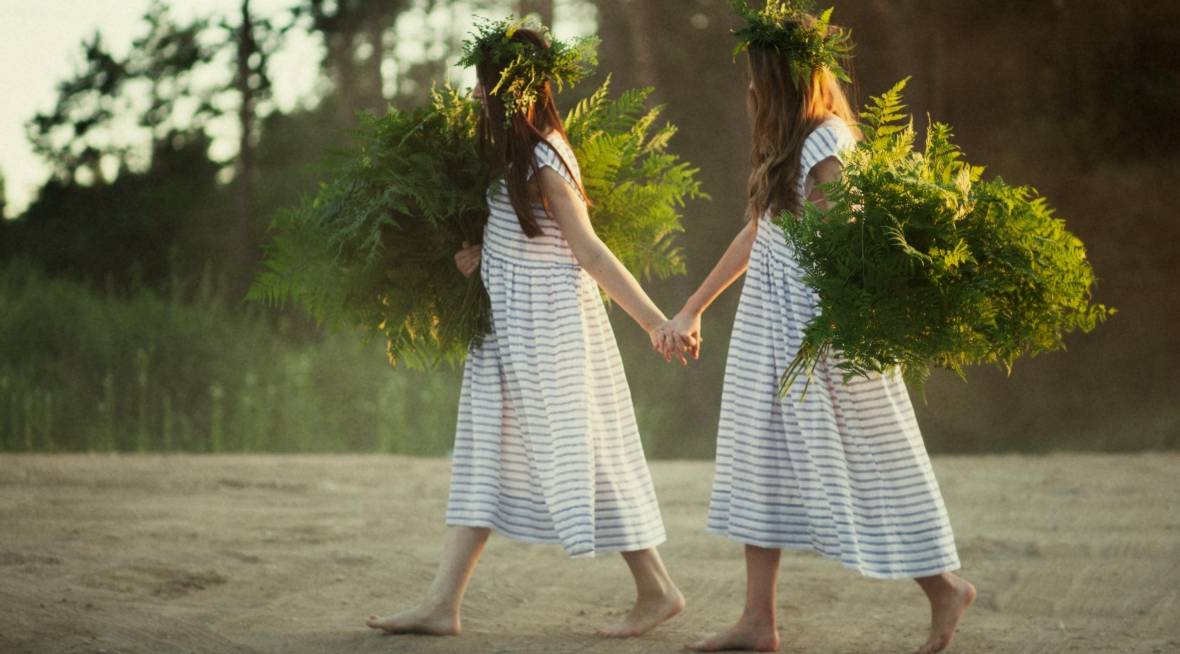 Joninės– or Saint John’s Eve – is an exciting midsummer’s celebration that brings communities together in the outdoors around blazing bonfires. This, the shortest night of the year, is filled with magic – the festivities include making oak leaf wreaths and leaping over flames, and young people are encouraged to go out and look for fern flowers. They say ferns only bloom once every 100 years, on a special night, in a special place... 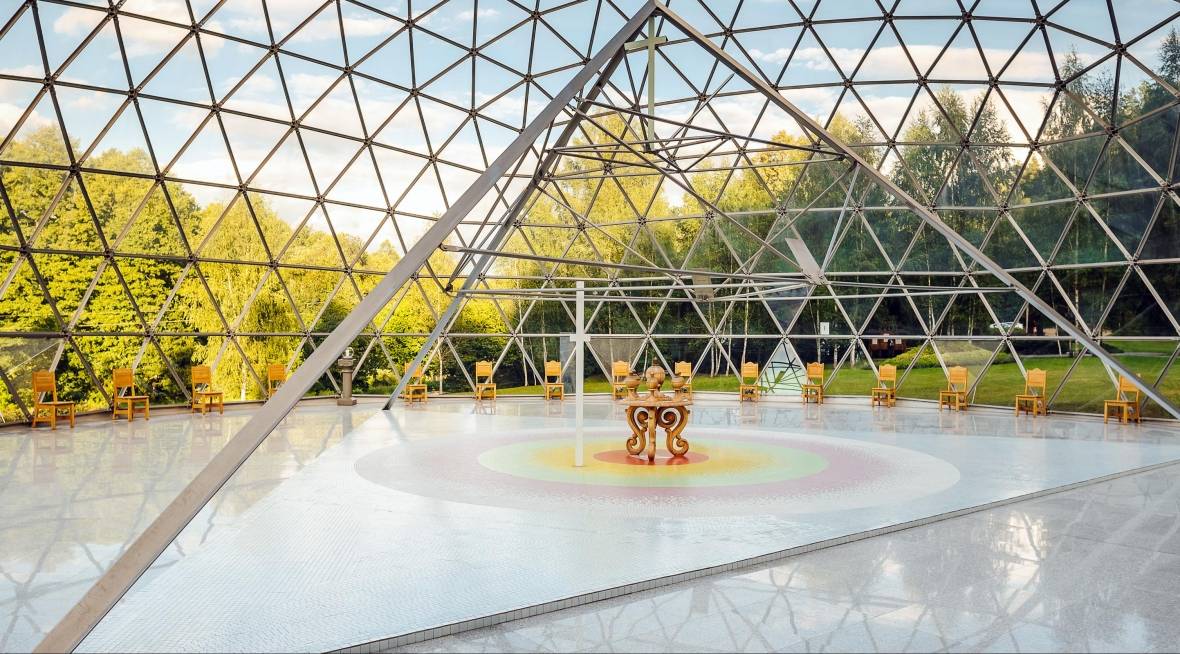 Re-energise at the Pyramid of Merkinė

Surrounded by the forests of Dzūkija, the pyramid is famous for its spiritual energy and attracts thousands of travellers looking for harmony and tranquillity every year. After visiting the space enclosed in a glass dome, people say that they feel re-energised and more relaxed, and the miracles of healing that are said to occur here are known of far beyond the borders of Lithuania.

Take a picture next to the “house of pots” in Žagarė

Bedecked with pots, pans, spoons and other aluminium kitchen utensils, the house is visible from afar. The “house of pots” is the brainchild of Edmundas Vaičiulis. He collects and buys pots and other old things from locals and people living in the surrounding cities and towns. The house itself was once a Jewish shop, and the fragments of Jewish newspapers that the previous owners had covered the walls with still remain under several layers of wallpaper. Perhaps the most valuable exhibit of the museum is the Jewish Torah. 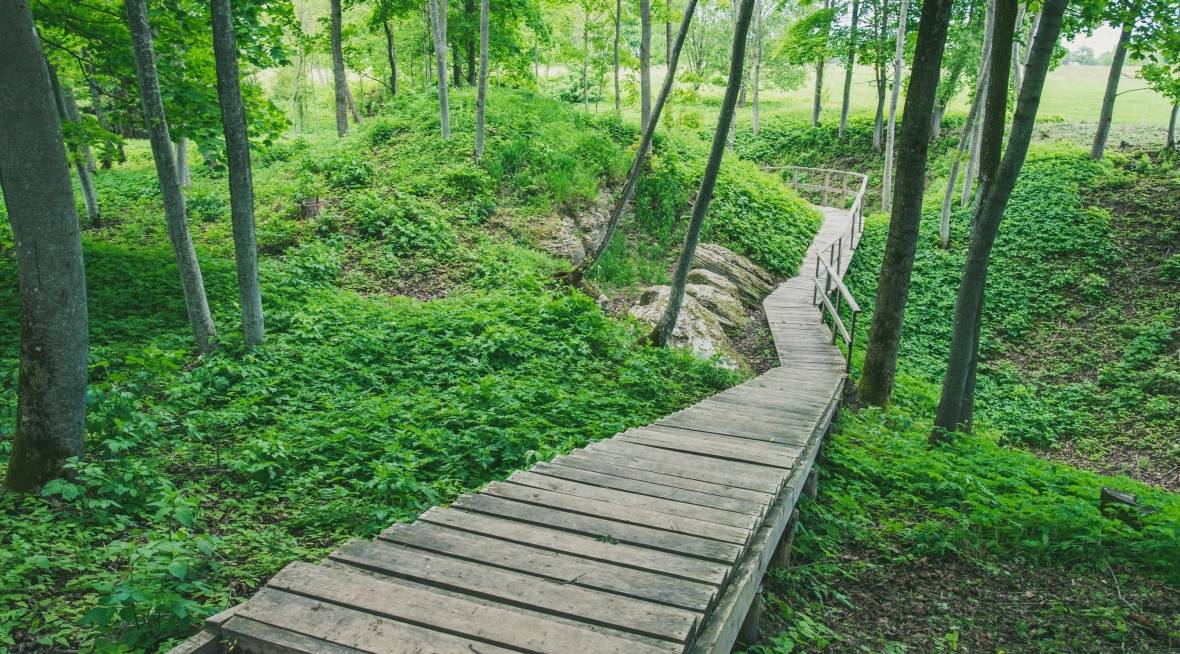 Be sure to watch your step in the Biržai region

This is the only place in the Baltic States where the landscape is always changing due to gypsum in the soil being dissolved by underground water, resulting in sinkholes. ­­­­­­­­­­­­­­­­­ The most unique feature of the Biržai region is that you never know where and when a layer of the earth that was formed 300 million years ago will open up. ­­­­­­­­­­­­­­­­­­­­­­­ It is estimated that there are about 9,000 sinkholes in this region. Karvės Ola (“Cow’s Cave”) is the largest and most popular sinkhole, with a depth of more than 12 metres, and a diameter of 10–12 metres. There is an open hole in the bottom of the depression. There are five caves (Šlapioji Ola, Siauroji Landa, Šikšnosparnių Landa, Rupūžės Ola) and a small underground lake in the bottom of the sinkhole. It is believed that Cow’s Cave appeared 200 years ago. Nearby there is the 700-metre-long Barsukas Educational Trail. As you walk along this trail, you will see a few sinkholes similar to Cow’s Cave.

If you decide to visit Biržai’s pride and joy – the 30-metre Kirkilai Observation Tower – and climb up to the deck, you will be rewarded with impressive panoramic views of 30 water-filled sinkholes known as the Kirkilai Karst Lakes.