Read the original article in Italian

Less than thirty years have passed since Lithuania proclaimed its independence, becoming the first country to untangle itself from the Soviet Union.

Since then, this young, small Baltic state, which has barely three million inhabitants, has not stopped growing and searching for its own identity. Naturally, this also extends to the world of gastronomy.

After years of cultural isolation and homogenisation, subject to the strict diktats of the regime’s cuisine which had been reduced to a few poorly interpreted classics and features from the repertoire from various Soviet Republics, today we are witnessing a rebirth throughout the entire restaurant industry.

Slavic and Polish peasant dishes; or rather it is, but they have been refined and reinvented. With all-new sensibilities.

The entry into the White Guide (the Nordic countries most important gastronomic guide) of a selection of Baltic restaurants, including some from Lithuania, had already hinted that something was happening.

In Vilnius and Kaunas, European Capital of Culture in 2022, there are kitchens that, on the one hand, look to the distant past, and which, on the other, are looking attentively to the contemporary vanguard of the neighbouring countries: most obviously the Scandinavians. It is undeniable that countries like Denmark and Sweden are the main benchmarks inspiring reinvention, and Lithuanians are not alone in doing so 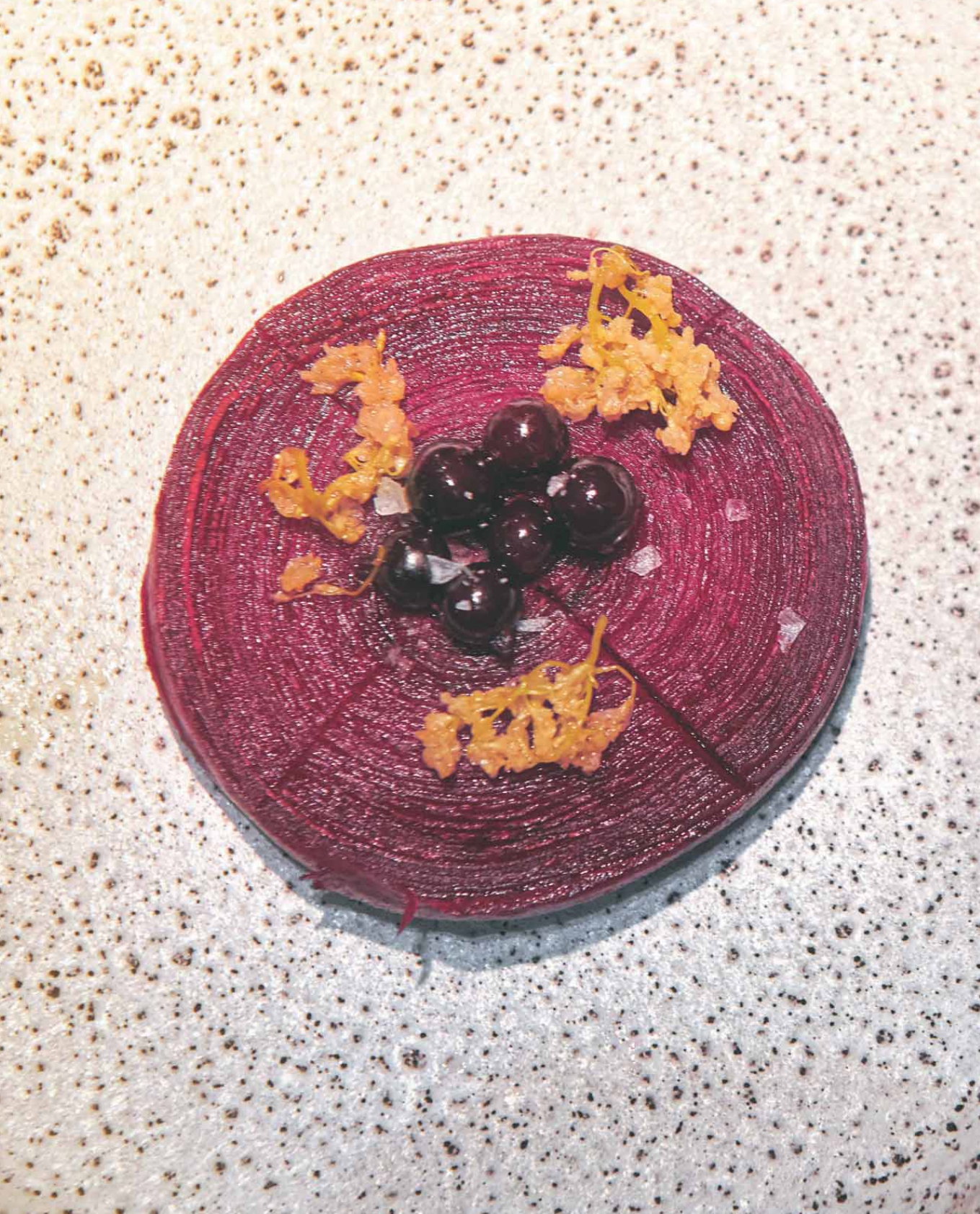 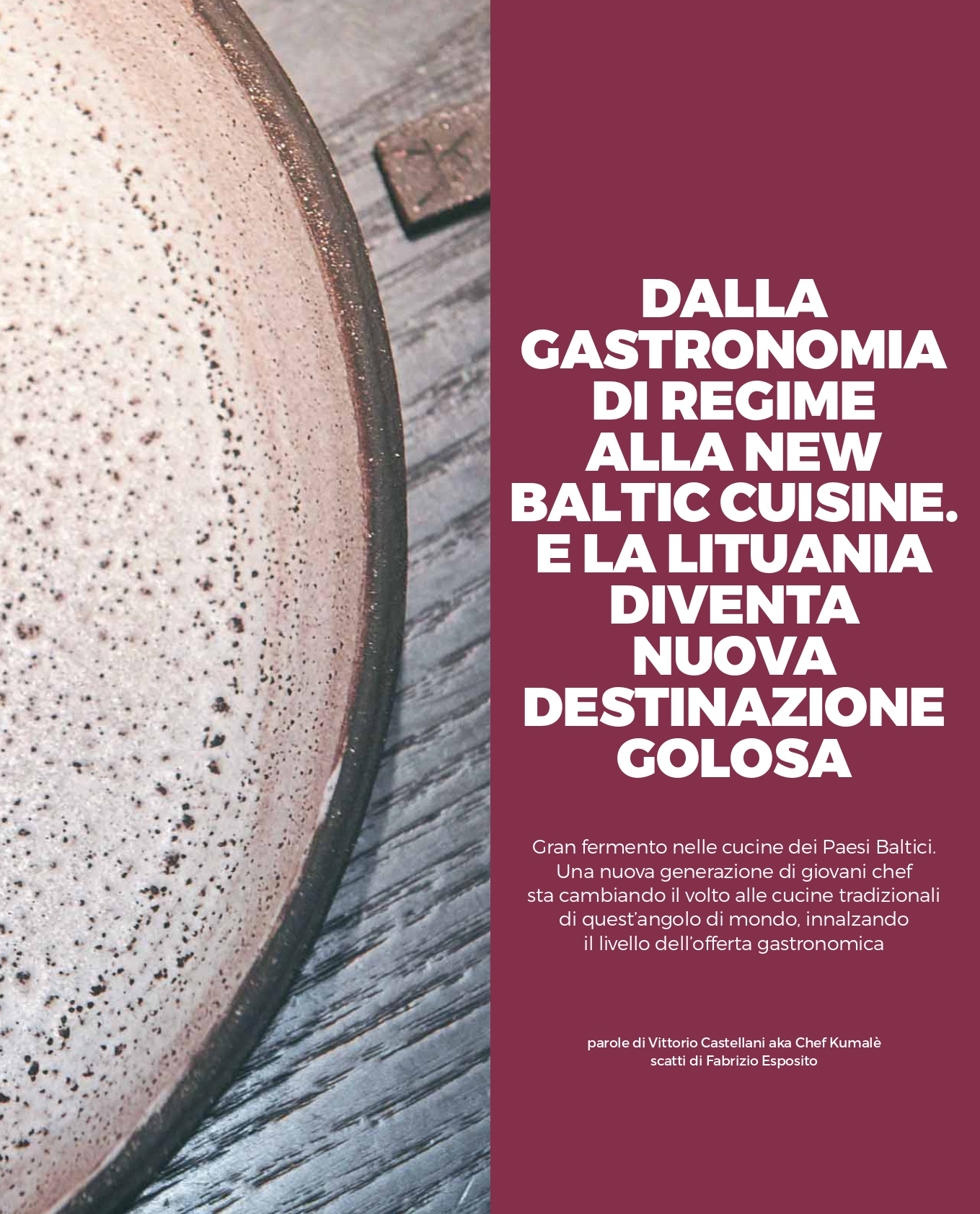 The first Jewish merchants in Lithuania settled in Kaunas in the 15th century and began trading, putting them in competition with Christian traders to the point that it caused a conflict with the local population, resulting in a series of expulsions between 1682 and 1753.

The peak years for the Jewish community coincided with the annexation of Lithuania to Russia, when all residential and professional restrictions were removed. In 1908, Jews made up 40% of the population and Kaunas became the main Jewish cultural centre. The testament to such a significant Jewish community has, however, left its indelible traces in certain dishes. Some specialities related to Jewish festivals, such as potato pancakes (latkes), doughnuts, gefilte fish, chopped herring (smulkinta silkė) or chicken liver (vištienos kepenys) at Hanukkah, or bagel’s at Purim, are now considered, for all intents and purposes, as Lithuanian specialities. 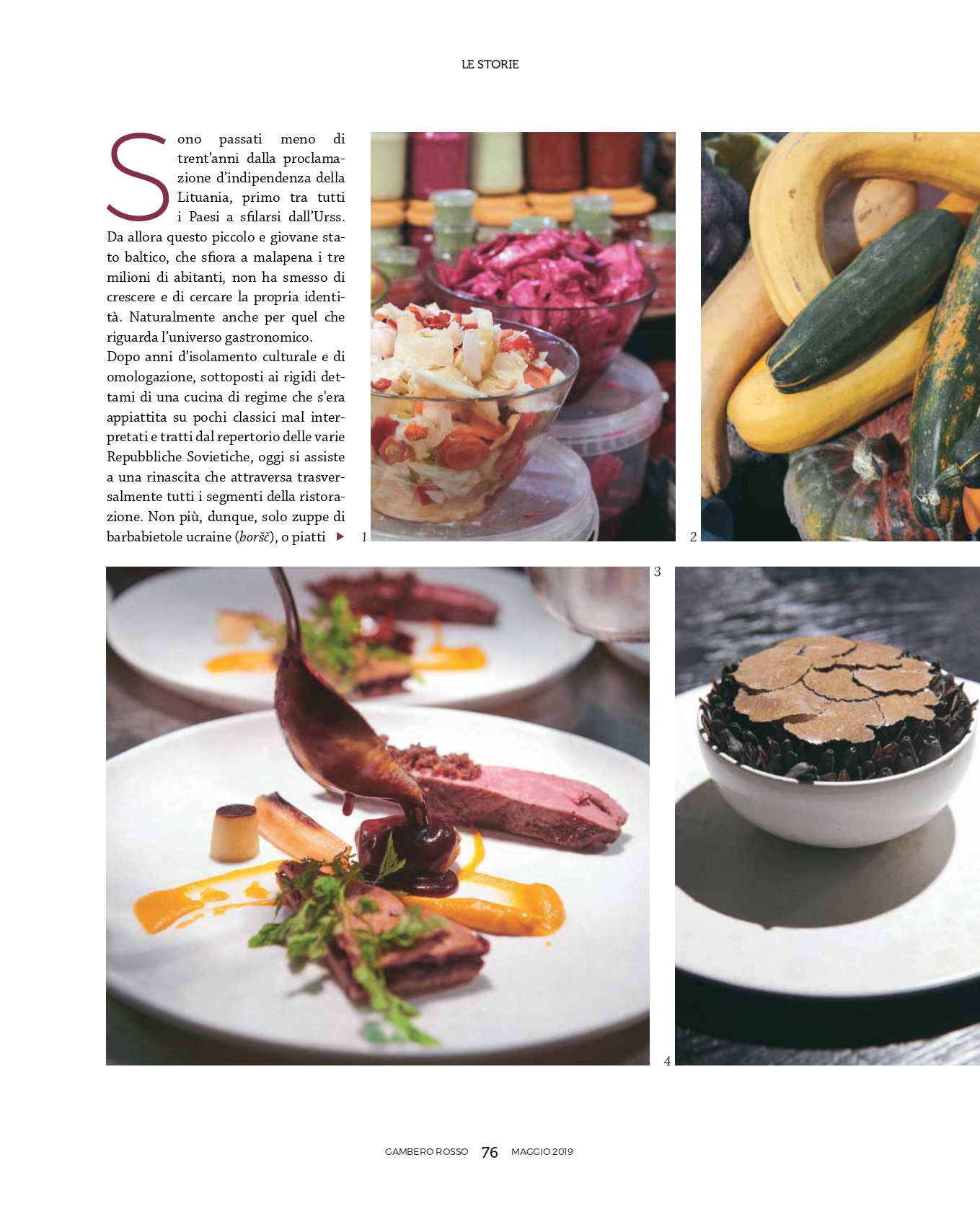 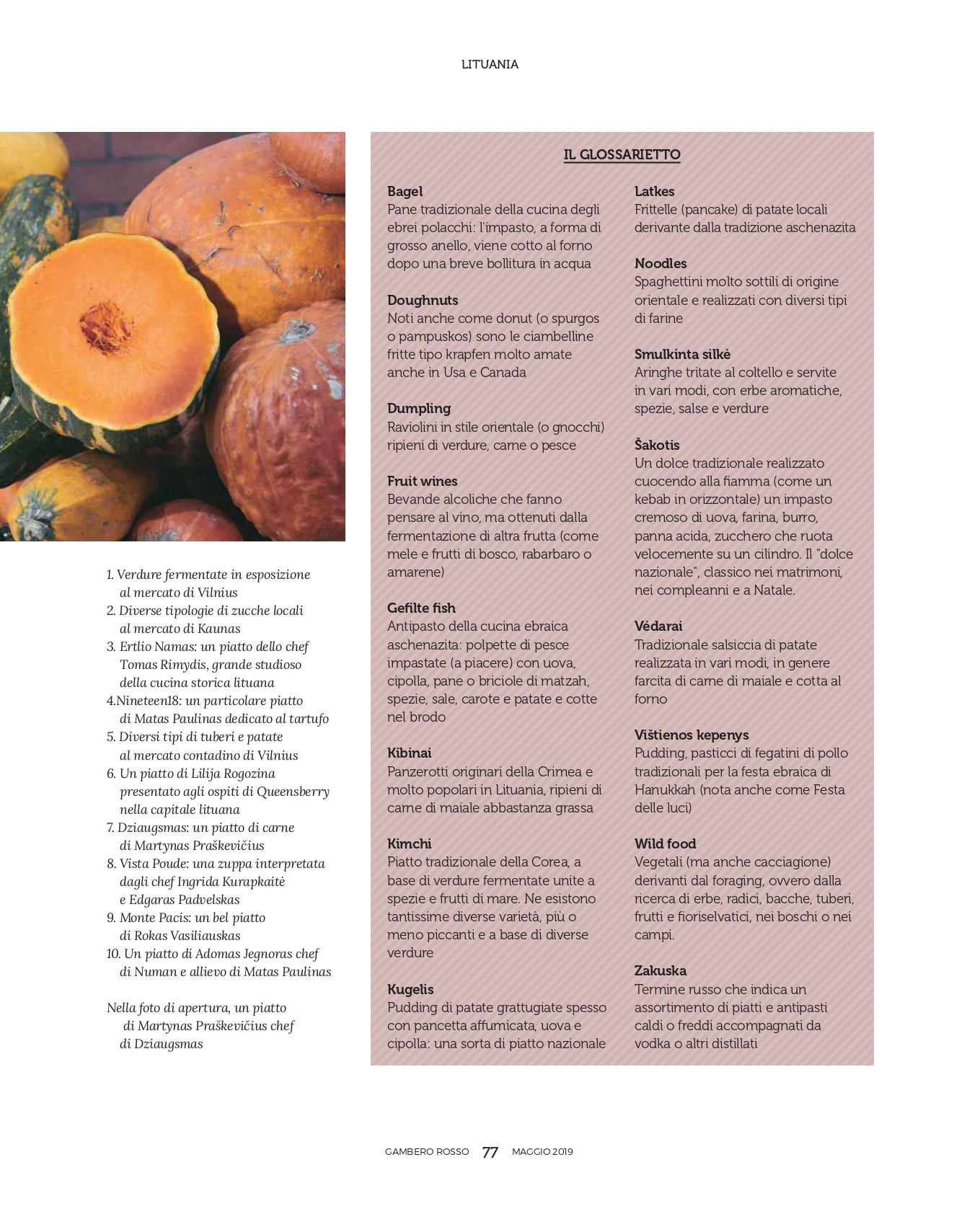 Even though the Jewish community has left profound traces in Lithuanian gastronomic tradition, it is also important to remember other influences, such as the German influence which, as you will see, can be seen still in pork and potato based dishes like kugelis, or sweetbreads.

The intriguing tree cake, not to be missed at a wedding banquet or at Christmas, cooked like a “lying down” doner kebab, horizontally on a rotating spit, remains as part of the unique heritage of the yotvingi tribe which at one time populated Podlachia, a region of Poland that now borders Lithuania.

Neither should exotic influences, such as the cuisine of the eastern Karaites (a Turkic-speaking ethnic group derived from Judaism), be missed. The Grand-Duke Vytautas of the grand duchy of Lithuania transferred a group of Crimean Karaites to Lithuania in the 15th century, mainly to Vilnius and Trakai, where small communities that still speak their language (Karaites) exist today, offering Ottoman-influenced cuisine, which can be seen in kabinai (pastries), the much-loved street food speciality served in Lithuania. 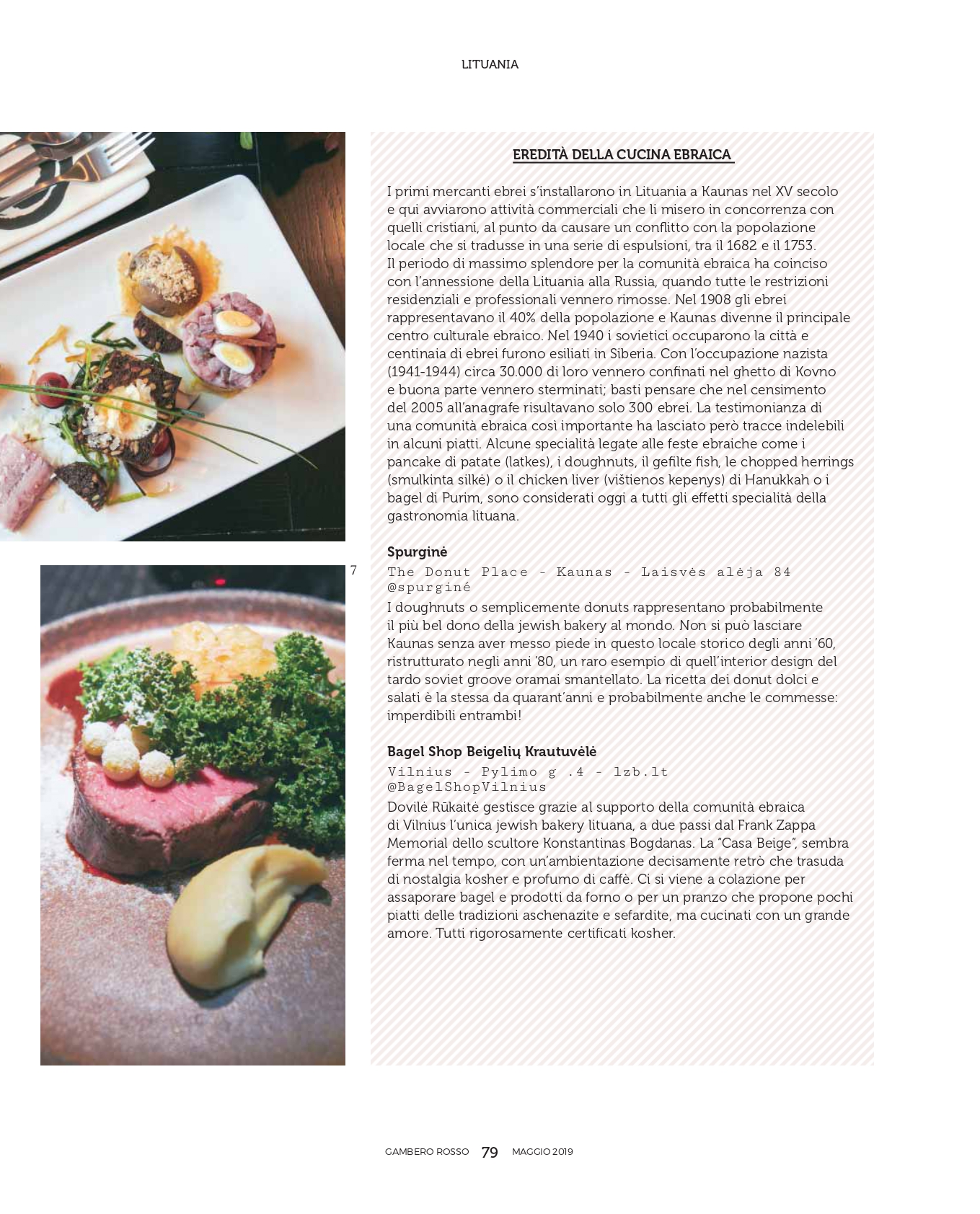 THE NORDIC MODEL AND DIFFERENCES

However, it should said that the terroir and the background of the Baltic nations is completely different from the Nordic. And even if the extreme cold draws them together in a section of the Baltic sea, only a part of the produce from the land and sea are shared. On the other hand, Lithuania can still count on an agriculture that guarantees cooks, housewives and chefs a basketful of authentic produce: root vegetables and potatoes, which can be transformed into noodles, or fermented vegetables using the Korean kimchi techniques, ancient recovered grains and breads mixed using fine wholemeal flour, berries and fruits transformed into wines, and game cooked at low temperatures using the most up-to-date techniques. Peasant food in some cases, but full of original flavours which have been reworked and offered in distinctly captivating, gourmet recipes. 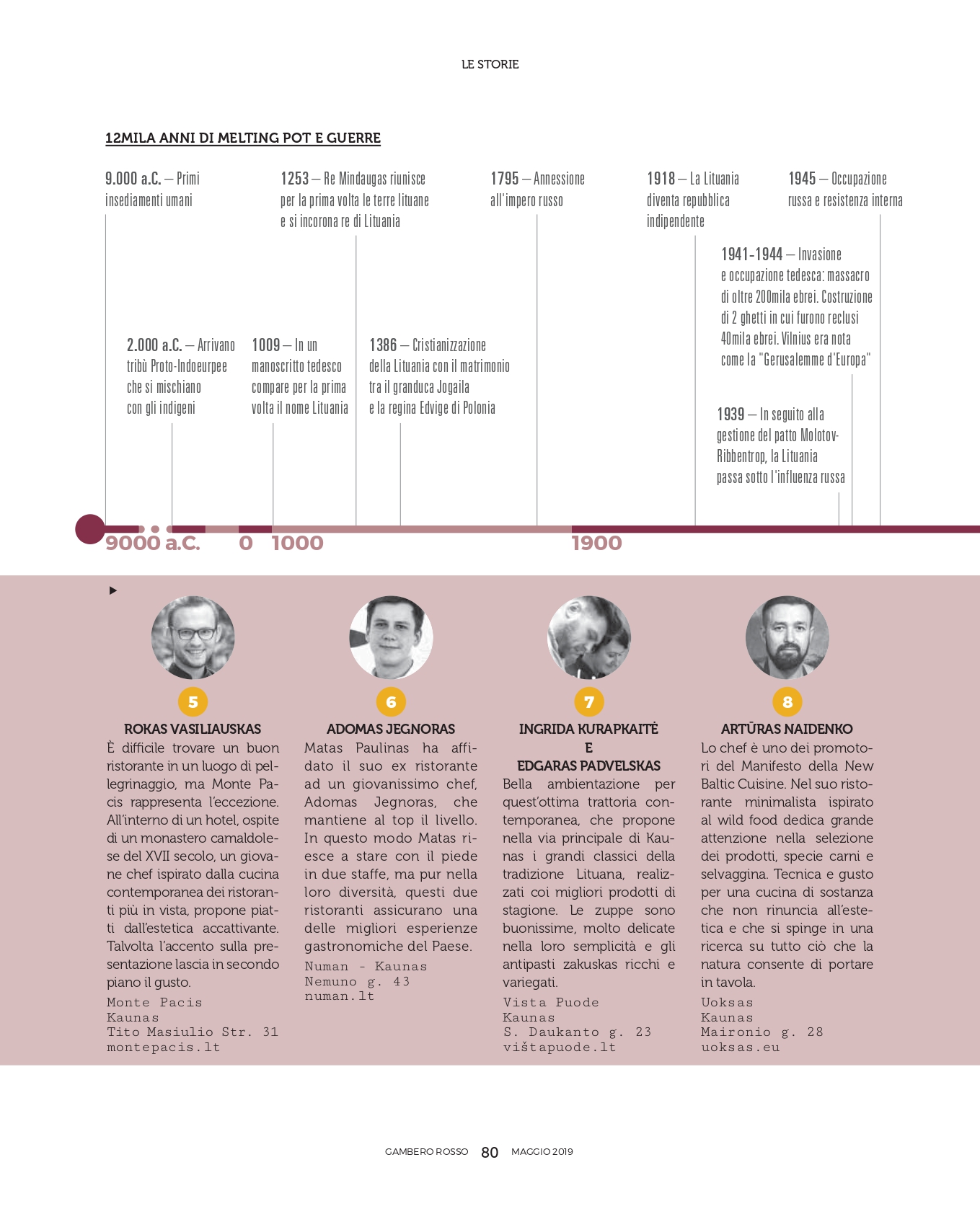 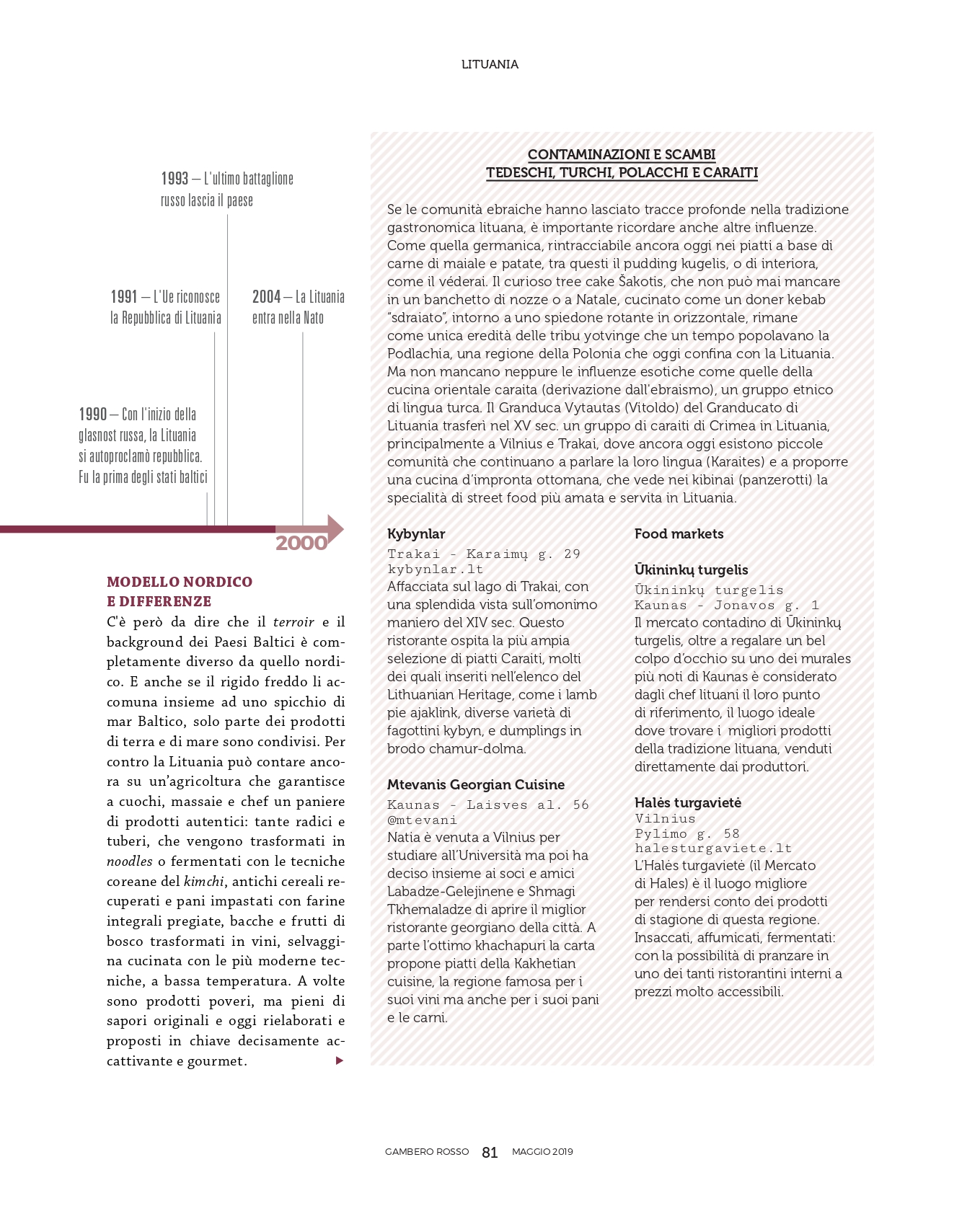 THE MANIFESTO OF NEW BALTIC CUISINE

The rumour that something was about to happen in these parts arrived unexpectedly, during an interview with the Matas Paulinas of the restaurant Nineteen18:

«The manifesto of New Baltic Cuisine will come to light, maybe as soon as spring 2019!». Matas is the main champion of this important project in Lithuania, which intends to replicate the model of New Nordic Cuisine, namely the ‘manifesto’ which, thanks to Claus Meyer and René Redzepi - has created the gastronomic movement as we know it. Indeed, Matas is the figure identified by Meyer and Redzepi to expand the model in the Nordic countries. Paulinas adds: «We are aware of the profound differences between our cultures.

Vilnius certain eco-sustainable principles of the Scandinavian manifesto that are close to our sensibilities our own, but the produce and the techniques to be exploited are different: our potatoes and root vegetables, fermented and smoked produce, cereals and bread are ours alone»... And after having tasted them, we can guarantee this.

In conclusion, the feeling is that something significant is about to happen in this small narrow stretch between central Europe and the far north and the borders between east and west. A good reason to be among the first to make a recce is to try what is already there and imagining what it may become. From unmissable chefs (see profiles) and the legacy of great cultural traditions that here, as always, have travelled (see box): from the Jewish up to the Germanic. And from this perfect mixture, a new gastronomic identity is about to flourish; one that should be scrupulously followed. 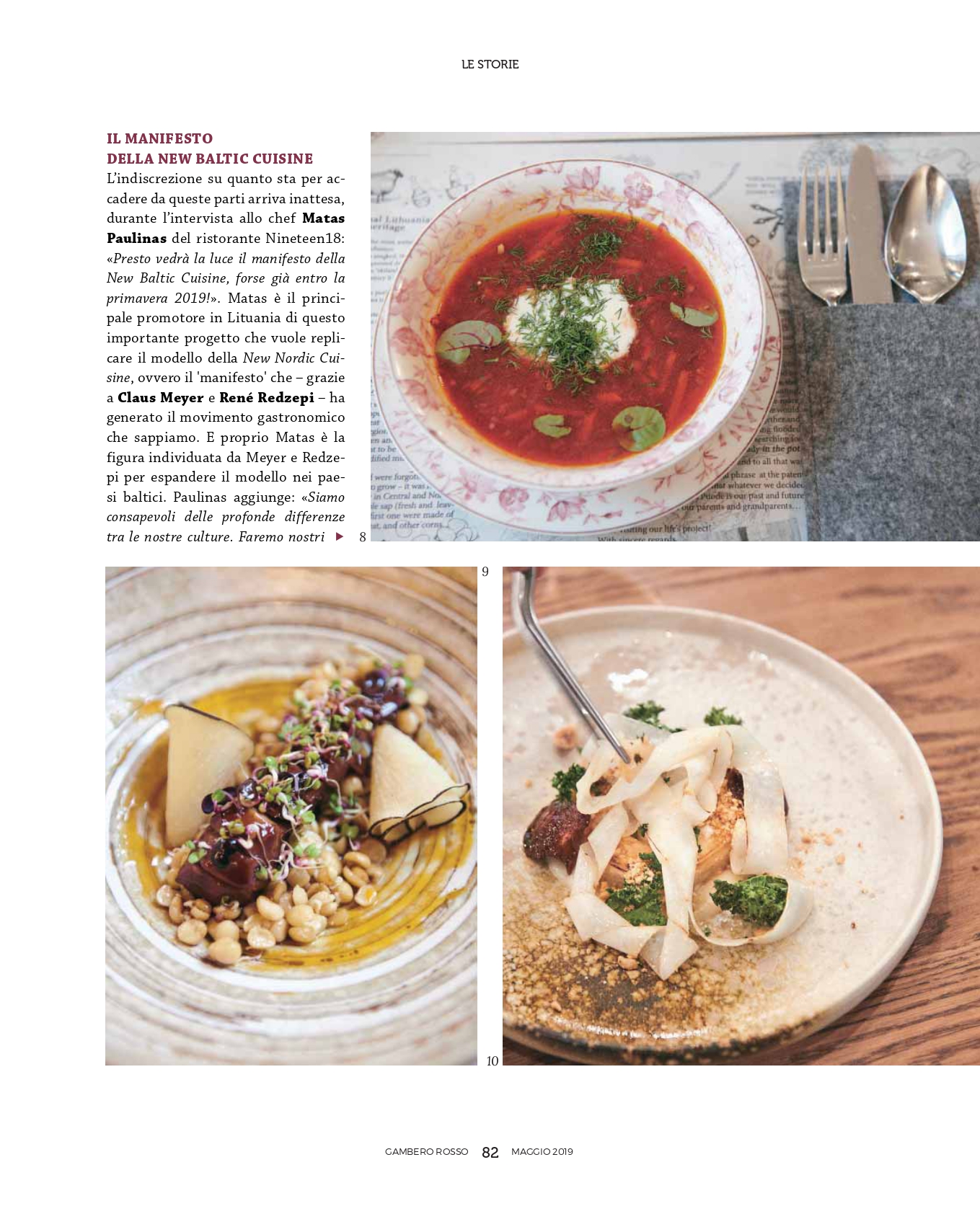 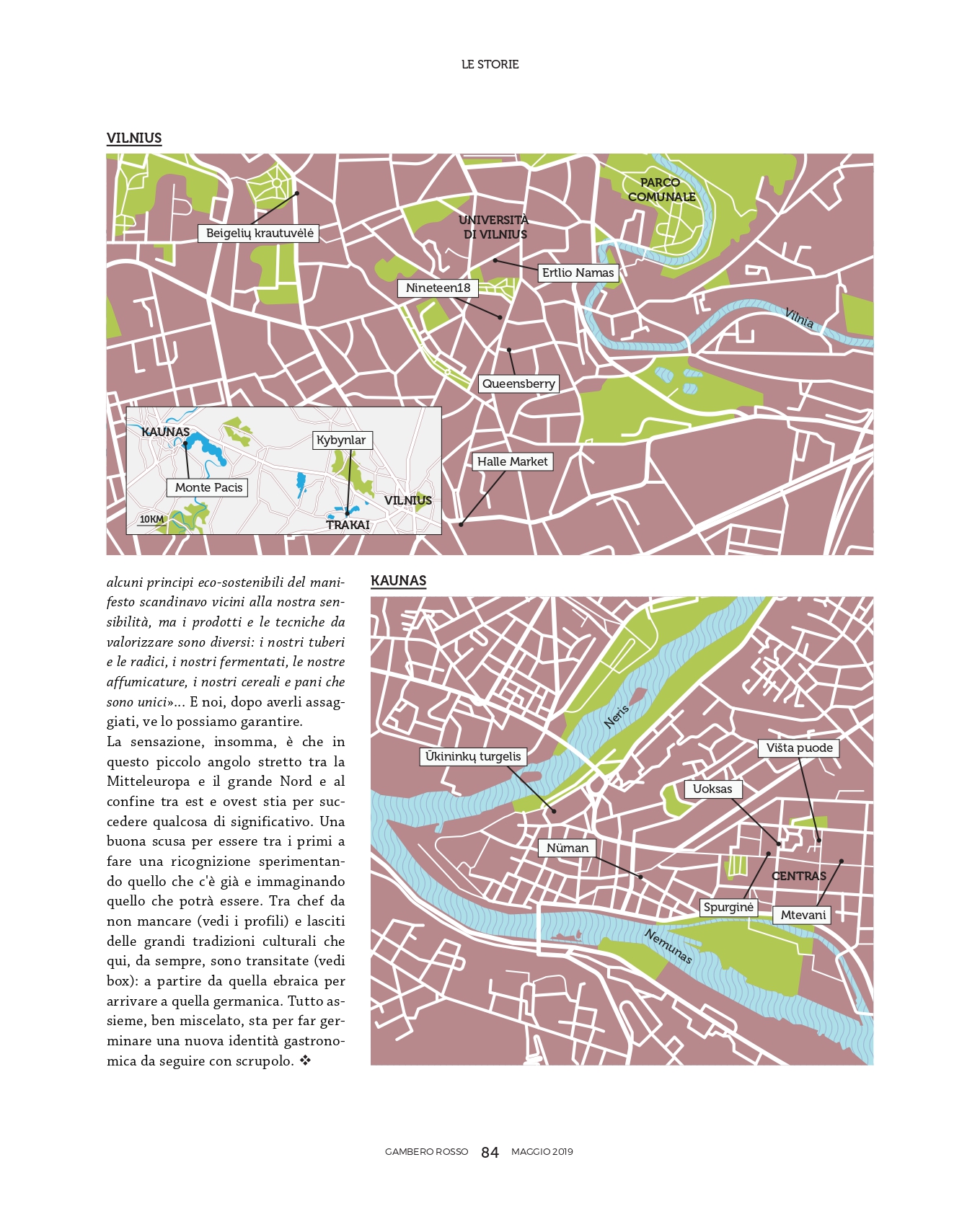