Versions of Leonardo da Vinci’s mysterious Mona Lisa are scattered around the world, and sometimes find themselves in totally unexpected spaces. One of them is on the Kaunas University of Technology campus. Artist Linas Kaziulionis – also known as kart7 – put his interpretation of the famous painting on the wall of a dormitory, giving Mona Lisa new meanings and spicing it up with modern technology, including 3D effects and LED lighting. The relationship between art and science is emphasised by the mathematical formulas alongside, and one detail, which we won’t reveal, invites you to keep coming back. Will you be able to solve the mystery of the Kaunas version of Mona Lisa’s smile? 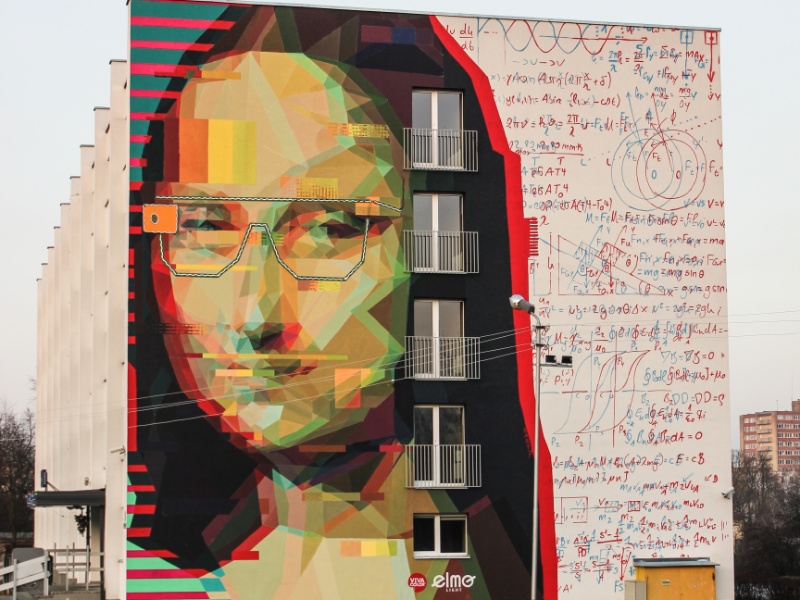