Mermaid beyond the river

A bronze maiden with a tail sitting elegantly in the arc at the bridge to Užupis district definitely reminds a mermaid. Also called Užupis maiden, a goddess, she is overlooking the other bank with her back turned on the Old Town of Vilnius. Beyond the river. This is the meaning of Užupis, the oldest suburban district in Vilnius. Užupis is known for the artist community which is open to the entire world. The citizens of the world are also attracted to Užupis district by the mermaid created by sculptor Romas Vilčiauskas. It is hard to resist her magic. 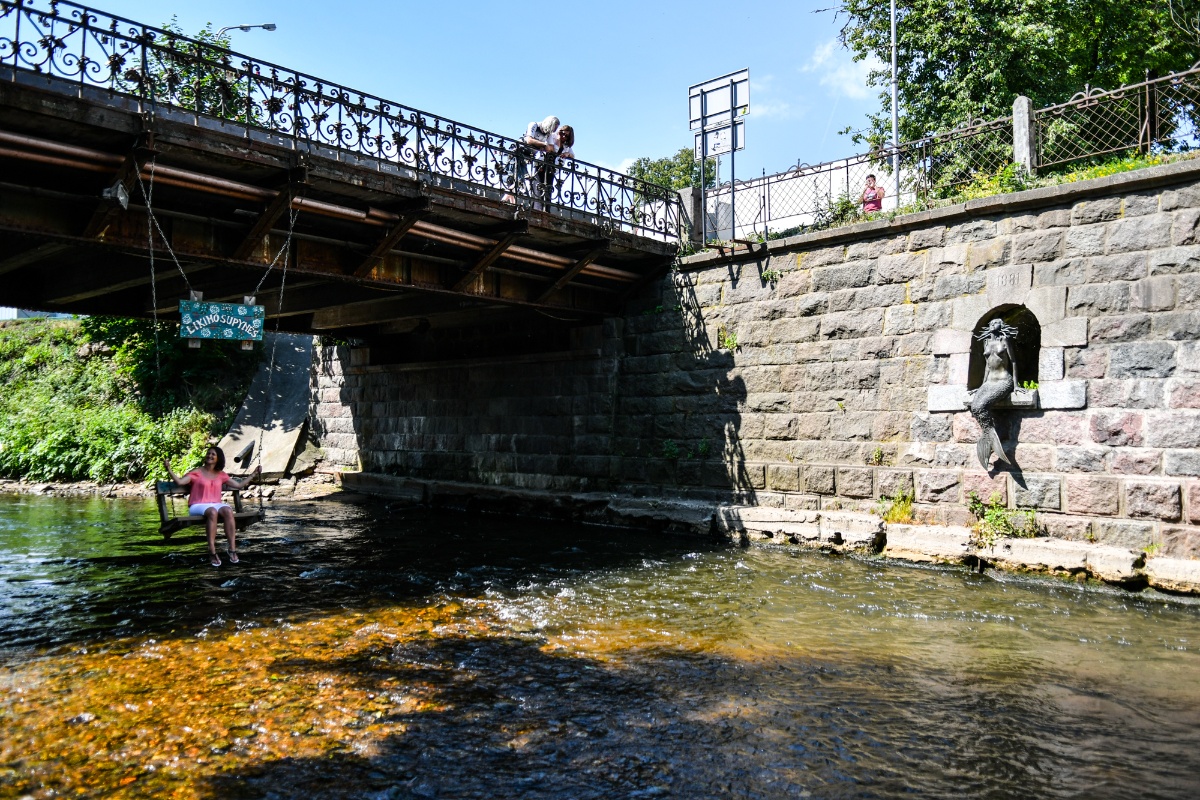