There are four non movers in these year’s list - all of them surprisingly in the top 10. Famous for its consistent quality, it should come as no surprise that Dine ranks amongst them. Co-owned by Lithuanian gastronomic stars Chef Egidijus Lapinskas and one of Lithuania’s best wine experts – Arminas Darasevičius, Dine has held onto its position at number 8 from 2018.

Donatas Šatkauskas, a chef from the younger generation, is now into his second year as head of the kitchen. And it’s his capable hands that have allowed the restaurant to maintain the high level of quality that has had customers coming back for more, some of them even every day. It’s not just the menu that has customers returning, the professionally paired wines are hand selected to complement and enhance the food. As sommelier and restaurant owner Arminas Darasevičius explains: “Proper wine pairing takes the gastronomic experience to a new dimension and doesn’t have to be an expensive pleasure. We offer very good wines for EUR 30-40.”

Dine also provides the ideal restaurant atmosphere. “I believe that a good restaurant has to create a certain mood. Our restaurant has an unhurried, peaceful feeling,” notes Arminas.

The fixed price lunch needs to be emphasized – it is à la carte quality at a lunch menu price. Also, with the reflective ambience created by the classical music you’ll hear played during lunch hours, you’ll find yourself not only lifted by the food itself, but also recharged into thought. To make the most of Dine, it’s recommended that you allow yourself the time it takes to truly savour the experience.

The menu is compact and focused and is created down to the smallest, most precise details, with changes being made very carefully. You will find fish and meat dishes, and as always, at least several vegetarian choices. Everything is embellished with seasonal delicacies and uniquely combined. Naturally, for a restaurant of this calibre, the kitchen prepares almost everything on the premises – from the sauces and butters, up to its freshly baked bread. Meats are also smoked on site.

Donatas Šatkauskas was intially involved in professional tennis, but upon realising that he would not become a world champion, to his surprise, he turned toward the culinary path. His father, who is a gourmand, also had some bearing on Donatas’ choice.

Donatas opted for a culinary education abroad and finished his studies at West London University. Shortly thereafter, he was employed at Oxo Tower Restaurant in the capital. Here he gained essential kitchen skills and a deep knowledge of kitchen processes. The head chef at the time noticed the young cook’s talent and suggested that he explore more challenging routes. And that’s how he ended up at the newly opened restaurant Fera at Claridge’s under the tutelage of master chef and celebrity Simon Rogan. The restaurant received a Michelin evaluation within six months of opening. “It was there that I understood that up until then, I had known nothing about the kitchen,” smiles Donatas.

Finally, having gained more experience and confidence, Donatas returned to Lithuania. It took one year of searching until he found his place at Dine, where he quickly rose to the rank of head chef. Aside from the joy of cooking, he also farms – he owns a farm where he harvests the microgreens that are offered to Dine’s customers.

Dine is located in two rooms: one room is light and full of mirrors, while the other is of elegant brown color and dim. Thus, guests can choose a room to sit and enjoy their culinary experience based on their taste and mood. 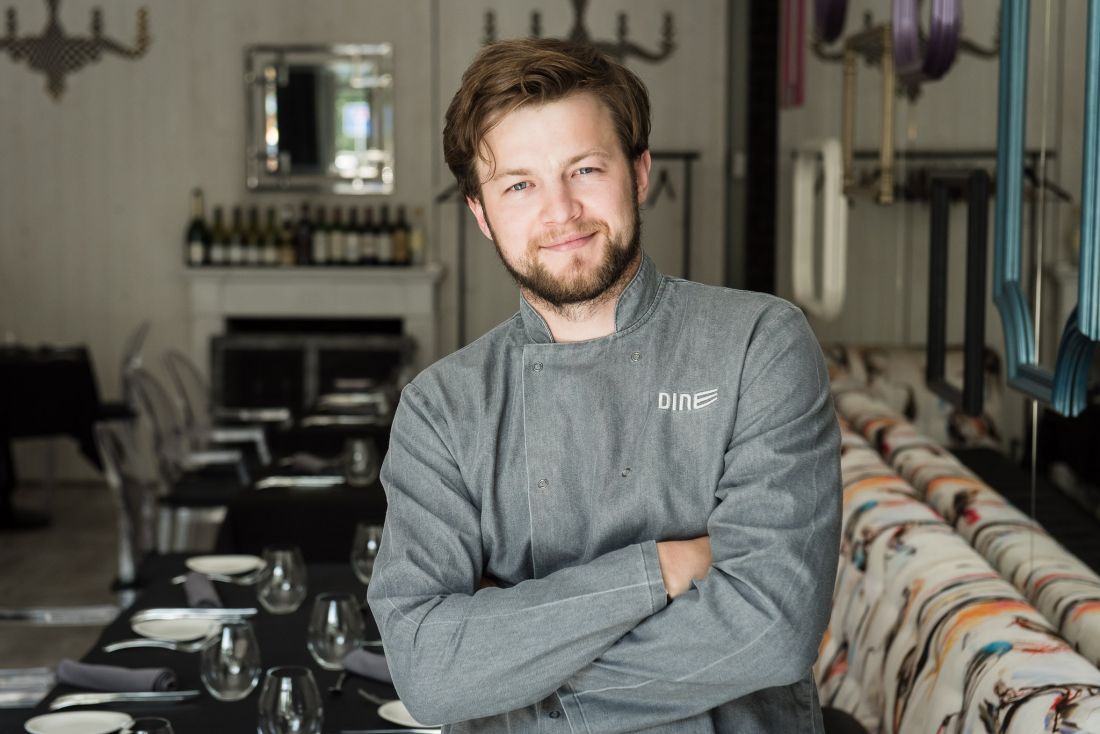 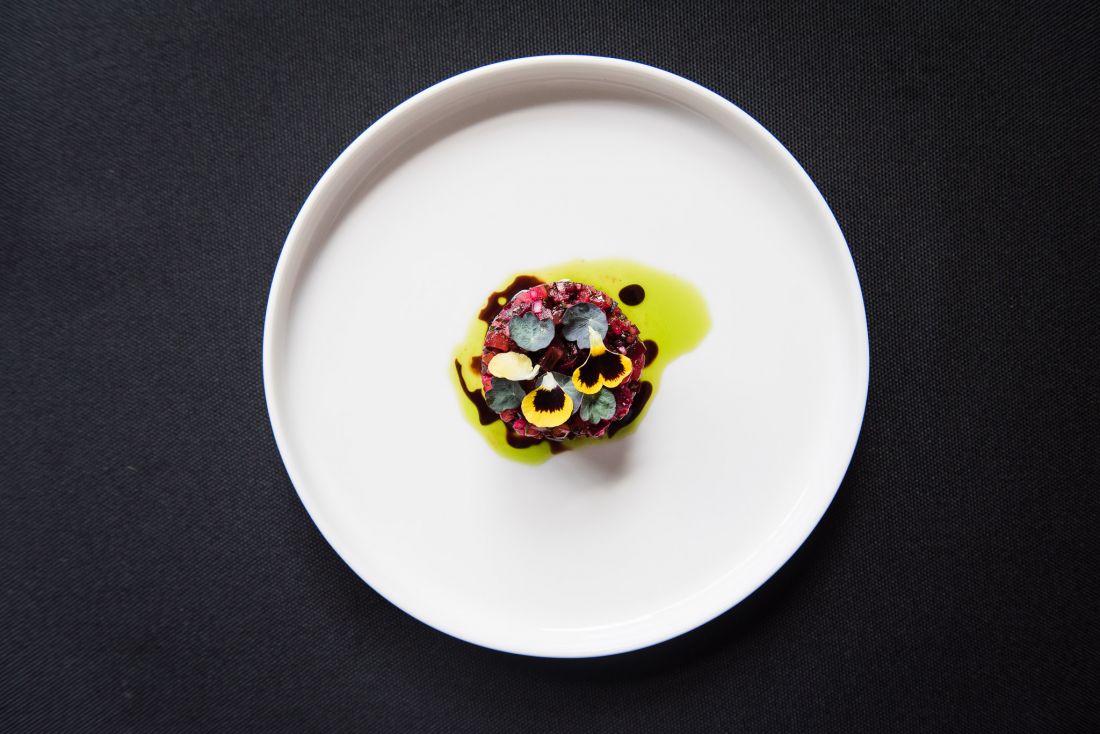